What To Do When You Feel Like a Failure

Have you ever felt like you were a failure? A lot of people fear failure so much that they’ll do anything in their power to prevent it from happening. The fear of failure is so strong that many of us have irrationally stopped doing something… only to later experience feelings of “regret” for not taking risks and daydreaming of how things could have been. I’m here to tell you that it’s “ok to fail”. In fact, failure is a precursor to success. When we think of “What to do when you feel like a failure”, we can all agree that it’s a normal part of life to fail. It doesn’t feel good at all and that’s universal.

In the game of life it is certainly inevitable that we will fall down and make mistakes. No baby ever walked on its own perfectly after being born. Well, maybe in some obscure horror film out there lol but we’re talking about real-life here 🙂 Failure is only a bad thing if you perceive it to be.

To illustrate this point, I’ll use Michael Jordan as an example. He’s one of the greatest basketball players of all time but he didn’t get to where he was magically. It took failing tons of times to improve his skill set. He couldn’t perfectly score every single game but he always strived to do his best. Most importantly, he tried.

It’s easy for people to put 90% of their energy and focus on dwelling on their problems. When people are knocked down they focus so much on how “Bad things are” that they struggle to get back up again. It’s important to make sure that you’re always failing forward and approach failure with a mindset that is positive despite the setbacks that you face.

“I’ve missed more than 9,000 shots in my career. I’ve lost almost 300 games. Twenty-six times, I’ve been trusted to take the game winning shot and missed. I’ve failed over and over and over again in my life. And that is why I succeed.”

When you think of “What To Do When You Feel Like a Failure”, keep in mind the six strategies below for when you FAIL.

You should be excited about failure because you want to associate it with your future success. Failure is simply an opportunity to learn and grow from your mistakes. It’s a great thing to fail because you are actually doing something which is what many people fail to do because they are paralyzed with fear and hate to take risks. The only failure in life is not trying.

Those who spectate and comment negatively on your failures without constructive criticism to build you up aren’t doing anything. They are the ones that have been so disappointed in the past that they don’t see the point in trying again. Let them settle for a life of mediocrity. While their goals and dreams fly by as they are stuck in their ways, you’ll thrive and surpass them through GRIT.

2. Question why you failed

You have to take full responsibility for your failures. You are 100% responsible for your own actions and you alone. If you live a life of deflecting and blaming others, you will never feel empowered to change your life for the better. By taking responsibility, you learn from your mistakes so you won’t make them ever again. Your mind is very good at coming up with negative reasons on why things didn’t work out and putting yourself down. However, if you shift your perspective, it’s possible to turn a bad situation into something that will make you stronger mentally and emotionally.

I myself have failed many times when it comes to entrepreneurship. I’m happy that I made the mistakes that I made so that I won’t make them in the future. I’ll focus on digital products and be much much better in regards to finances. My failures have made me a better person and a more competent entrepreneur.

When you adopt a positive mindset of viewing failures as learning opportunities, all of a sudden failure is seen as a stepping stone towards creating that life that you want and deserve. Move forward when you fail, and extract as much good as you can from your bad experiences and level up.

3. Receive help and don’t be afraid to ask for it

Achieving success is hard to do on your own so you shouldn’t be afraid to ask others for help. Drop your ego, humble yourself, and be an exceptional achiever. It beats being an ordinary achiever.

When you think of “What to do when you feel like a failure”, realize that there are people out there that can help you avoid pain and disappointment. With a coach, mentor, etc. you can change your life for the better as they can provide practical life experience lessons and guide you towards the path to success. You have to upgrade your current level of thinking and take risks. If you’re stuck doing the same things over and over, you’ll keep getting the same results over and over. Take risks even if you’re embarrassed to ask others for help. There’s no shame in trying to improve!

4. Adapt and change your approaches

Failure is just trying something that didn’t work out. It’s totally ok and a part of life. All you can do after you fail is to learn from it, change your approach, and keep going at it until something works and you succeed. By adapting, you’ll be able to improve your decision-making skill sets which will lead you to the right plan of action.

5. Failure allows you to build strength

There are many people that let failure define who they are. This is one trap that you never want to fall into. Instead, when you experience failure of any kind, you have to shift yourself into a state of confidence as quickly as possible. I encourage you to build up your mental toughness.

A great way to do this is to create a morning ritual. Waking up and engaging in healthy habits will ensure that you are in full control of your mind and emotions so that you won’t break down when adversity strikes.

Everything happens for a reason. You have to trust that failures will benefit you in some way. Just because you have failed doesn’t mean that you don’t deserve success! It could be that the universe is challenging you so that you can overcome these obstacles and become a stronger person. Having faith will keep you empowered so that you can stay strong and have the grit to keep going when others have simply quit and missed out on their true potential.

Will you use these six tips on What To Do When You Feel Like a Failure?

I hope that you learned a lot about failure today and that it isn’t so bad. Failure is good because it can help to contribute to your future success. If you can approach every setback with this mindset, you will definitely thrive in any endeavor that you choose to partake in. You are bigger than your failures. That’s the important message that I’d like to give to you today. Good luck and remember to keep failing forward towards your eventual success!

When working remotely it's important to adhere to some basic Remote Work Best practices. It can take some time to adjust to...
Read more
Motivation & Productivity

If you decide to become a Remote Worker and work from home productively, you may be wondering how to avoid cabin fever....
Read more 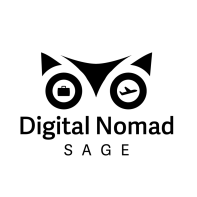 How to Become a UX Designer

Digital Nomad Sage - October 23, 2019 1
"UX Designer" is quickly becoming one of the most in-demand job titles in the tech field. With the average salary for a...

Publisher Rocket Review — It Helped Me!

The Best Remote Work for Beginners

How to Become a UX Designer

The Power of Frugal FIRE Math

Never Settle in Your Life